About Pathways to Healing

Balance is a concept central to Traditional Chinese Veterinary Medicine (TCVM). It is also a concept central to Dr. McCain's approach to medicine in general. Western and Eastern veterinary medicine each offer powerful healing tools. Western medicine excels at its ability to pinpoint a diagnosis and lay out a precise course of treatment. However, sometimes the side effects of these treatments can be too much. Chinese medicine excels at using physical clues to match the patient's condition to a pattern of imbalance. 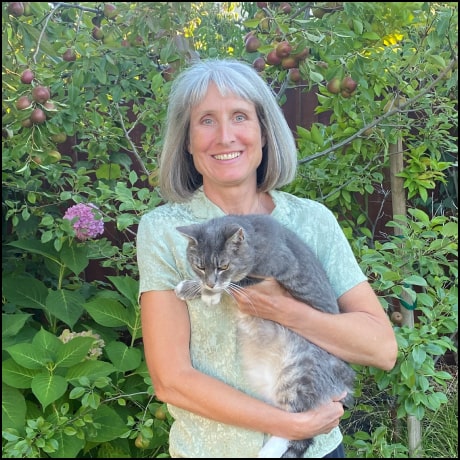 Dr. Lina McCain's fascination with acupuncture began with a lecture in May of 2004 by Dr. Huisheng Xie of the University of Florida Veterinary School. Since that time, she has been avidly studying Traditional Chinese Medicine including Herbal Medicine, Food Therapy and Tai Chi. Dr. McCain received the degree Doctor of Veterinary Medicine (DVM) from UC Davis in 1993. She has been in small animal practice principally on the San Francisco Peninsula since then. In 2005 she earned Certified Veterinary Acupuncturist (CVA) from the Chi Institute and founded Pathways to Healing. She has subsequently studied both human and animal herbology through three schools.In 2007, Dr. McCain began teaching veterinary acupuncture for the Chi Institute of Traditional Chinese Medicine, and in September 2008, she delivered a lecture on herbology in China. Dr. McCain is happy to share her knowlege and experience in order to aid healing and relieve suffering in as many pets as she can.